Steve Kosinski has been Director of Music at Troy First since the fall of 2009, and has been a choir director, private voice teacher, music educator and professional actor/singer for over 45 years, and has conducted church choirs in virtually every denomination imaginable! Earning his Actor’s Equity Card in 1980, he has appeared in Broadway and National Touring Companies including “Sweeney Todd,” directed by Hal Prince, “”Woman of the Year,” with ​Barbara Eden, “Pirates of Penzance,” with Christopher Hewett and Scott Bakula, “Shenandoah,” with John Raitt and others. He has also appeared in numerous operas and performed recitals and concerts with major opera companies and symphonies, as well as countless voiceovers, commercials and television/film. He is also a proud member of SAG-AFTRA and ASCAP. He holds a Bachelor’s degree from Central Michigan University with double majors in Theatre and Music, as well as an M.M. in Opera/Music Theatre from Southern Illinois University. He has done additional studies in vocal pedagogy and vocal production at University of Illinois, Oberlin College, University of Minnesota and NYU. Steve has four grown children and one grandson, and is happily married to the love of his life, Lynn Fairbrother Kosinski. They live in Grosse Pointe MI.
​
EMAIL STEVE 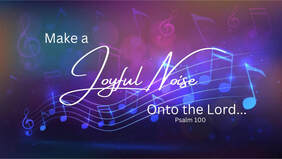 Victoria joined our staff as DCS in June of 2019. She grew up in Troy First and has returned as an adult to serve in her position. She serves as the coordinator of all digital communications in addition to a multitude of administrative duties and assisting the staff in whatever is needed. In April 2020, she added Family Ministries Director to her title. In that role, she serves as the coordinator of all programs for kindergarten through college students.  This includes Jr. Church, First Kids, UMYF, YAC (Young Adult & College), Mission Trips, Mission Possible, VBS, etc.  Victoria graduated from Western Michigan in 2018 and worked in Minnesota for a year before moving back to the mitten state. She has a passion for serving others, specifically through mission trips, as she has been on 9 and is always looking for opportunities to go on more. Victoria loves her job because it allows her to connect with so many church members who have greatly impacted her life since she was a toddler, in addition to helping the church continue to grow and improve. Jesus and Kids are her two favorite things, so the family ministries role allows her to combine them. She absolutely  loves what she gets to call "work" and do every day.  When she isn't at church,  she enjoys spending time with family & friends, playing & watching sports and worshiping Jesus!!
EMAIL VICTORIA 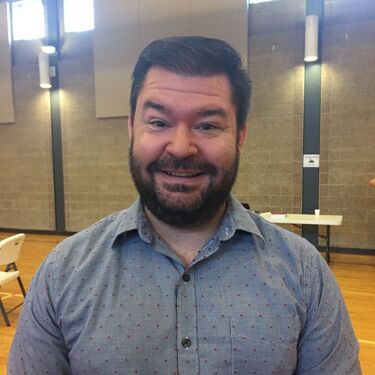 Casey joined our staff in the fall of 2019 and we are very excited to have him. Casey received his Bachelors in Piano Performance from Grand Valley State in 2012. While at Grand Valley Casey was a pianist for rehearsals for multiple choirs, theater productions, commencements, university events and much more. He then went on to University of Illinois where he was an Accompanying Teaching Assistant while he worked on his Masters in Vocal Coaching and Accompanying which he received in 2014. ​Casey served as a Pianist, Coach and Reprituer for the Chicago Opera Theatre and Chicago College of the performing Arts from 2015-2017, when he received his Artist Diploma in Opera Coaching. On top of this he has a multitude of professional experience including Assistant Music Director for the Chicago Redline, Music Director for Encore Theatre, Pianist for Disney, Encore!, Pianist, Coach and Repetition for Interlochen Center for Arts Theatre Productions and Freelance Coaching; some of which he is still doing today! Casey is currently a Pianist for the University of Michigan School of Music, Theatre and Dance in Ann Arbor.
email casey 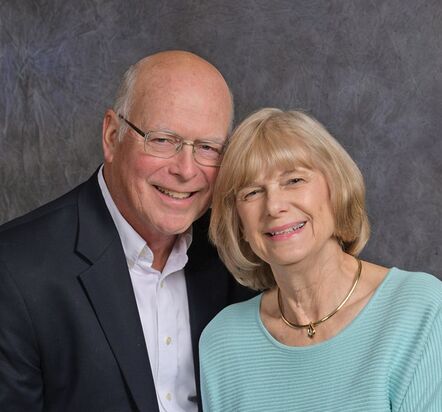 Sheryl has been the Handbell Director at Troy First since 1986. She was born in Ohio and earned Bachelor of Music Education from Bowling Green State University majoring in clarinet. After graduating, she married Craig, moved to Michigan and worked for Waterford Public Schools teaching music in seven elementary schools and all six secondary schools. She was also playing clarinet in the Pontiac Symphony. It was then that she joined Troy First for the first time and taught children’s music. Sheryl resigned to start a family and moved to Pennsylvania when Craig’s job took them there. It was in her time at Trinity United Methodist Church she became interested in another type of music-Handbells. She joined their choir 1 year later and became the director of the Handbell choir. Three years later, they moved again, to Dallas Texas and joined another Methodist Church where she enjoyed playing in their Handbell choirs. In 1986, the Dukes moved back to Troy and rejoined Troy First for the second time, whre she then become the director. She held an instrumental music position with Roeper Schools for before she had a change of heart to pursue a degree in Nursing. Sheryl earned a Bachelor of Science degree in Nursing in 1994 and worked in oncology, geriatric rehab, case manager, and 14 years as a hospice nurse. Presently, her love of history and teaching moved her to become a docent at Meadowbrook Hall giving private tours. Craig and Sheryl have one son, Brian who is married to Kelly who have given them three wonderful grandchildren. She continues to direct the Handbell choirs to express God’s Word through music.
​​
email sheryl

Jennifer has been our Nursery & Toddler leaders since 2017. She grew up and our church and has remained a faithful member, now serving & raising her family here. Jennifer graduated from Oakland University in 2017 with a Bachelors in Human Resources, In June 2018, she married David and became a Shock. They have two young boys, Levi and Logan. In her free time,  she enjoys camping with her family, crocheting and canning Jam, apple butter, pickles and much more!
email jennifer